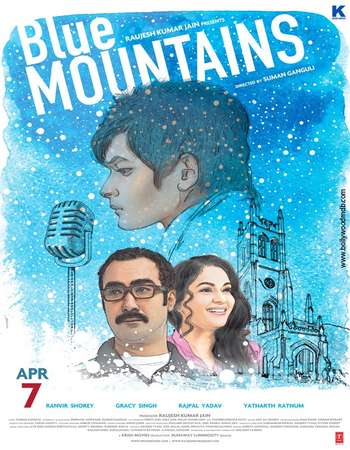 Story line: Som, a hill-town boy, accidentally selected in a television talent hunt. Som’s mother, once a celebrity singer, starts passing on her unfulfilled dreams to him. unknowingly, Som is pushed into the vortex of ‘making of a celebrity singer’, by everyone, from the sleepy hamlet. But Som’s conquest for stardom ends faster than it had begun. He returns to his hometown unceremoniously. Once a dreamer of the Blue Mountains, Som sinks in the abyss of lowest self-esteem. Som’s parents, close friends, his school teachers and well wishers take up the Herculean task of retrieving the titanic of Som’s morale. But clutching the lineage of music, he comes out victorious, returning to the old prototype of the hill town brat, scaling the highs of his blue mountains once again. BLUE MOUNTAINS is for them who have not made it to the final of any ‘talent hunt contest’ – called life. BLUE MOUNTAINS says the story of Olympics: “Participation is important. Not winning.”