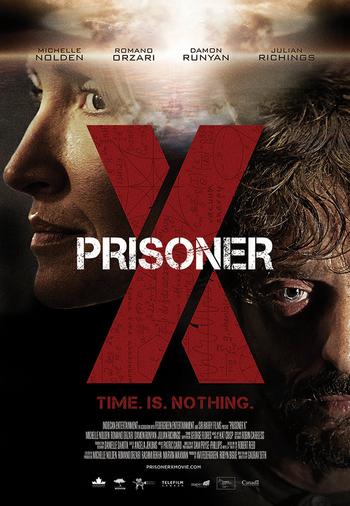 Storyline: On a cold February night, a young man is found unconscious at the wheel of a crashed vehicle in Montana not far from the Canadian border and a lump of weapons-grade Uranium is recovered from the trunk. He is immediately thrown into a high-security prison and tortured relentlessly for months. But apart from a few vicious-sounding curses in an unknown language, he utters nothing. Then one day out of the blue, he gives his interrogators a list of numbers and letters, which turn out to be astronomical coordinates of upcoming Supernova explosions. The very next day the first of those celestial events occurs exactly as predicted, sending shock-waves through the security establishment. It’s obvious; the man in custody is no ordinary terrorist. He is a time-traveller from the future. Fifteen years later, RAMIRO still sits in the same secret prison two kilometres under the ground, but much has changed in the world above. Based on the information he has provided over the years, the US has waged…